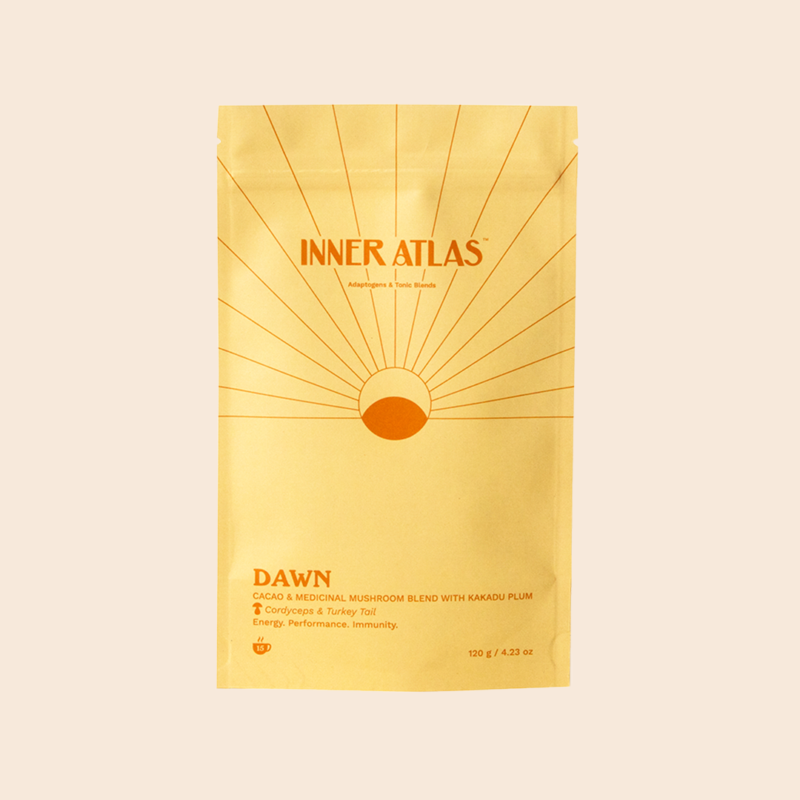 Your day is waiting for you to rise and meet it.

Start your day with lasting energy and enjoy the benefits of medicinal mushrooms. The perfect wake-up call, especially if you’re looking to take a break from caffeine and the crash that often follows.

Designed and crafted in Australia, from local and imported ingredients.

Organic Peruvian Cacao:
Cacao is linked to the neurotransmitters serotonin, dopamine and tryptophan which can support a feeling of wellbeing, while also being rich in magnesium and antioxidants.

Organic Cordyceps & Turkey Tail:
Inner Atlas Cordyceps and Turkey Tail both contain greater than 30% beta-D-glucans ( the active compound ) resulting in a more potent product than many other mushroom extracts.

Organic Peruvian Maca:
Maca is a rich source of essential vitamins, minerals, amino acids and phytonutrients and known to increase stamina and endurance. Studies have supported the use of maca for increasing libido and elevating mood.

Organic Ceylon Cinnamon:
Cinnamon is rich in antioxidant polyphenols which have an anti-inflammatory effect. As well as being pre-biotic, cinnamon is known to stabilise and modulate blood glucose levels while reducing insulin levels.

Organic Ginger:
Ginger’s main active compound is gingerol which has both anti-inflammatory and antioxidant effects as well as supporting digestive discomfort.

All Natural. No added grain, starch, mycelium, or fillers.