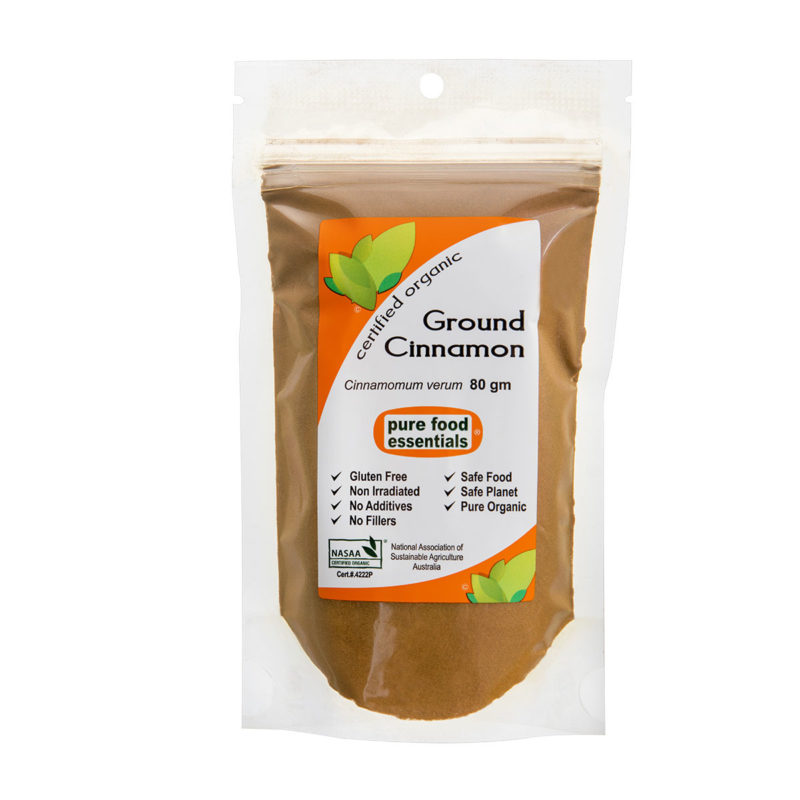 Ceylon Cinnamon has a special flavour that distinguishes foods like cinnamon rolls and cinnamon doughnuts, panna cotta and fruit crumbles from all other sweet treats. It’s cinnamon that makes Middle Eastern and Moroccan food so distinctive. It’s exotic smell and flavour make it a basic cooking ingredient. It is also known as cinnamon verum and true cinnamon.

There are two types of cinnamon available and for many people it can be hard to tell the difference between them because the smell and flavour are similar. However there are very significant differences between them.

Both Ceylon cinnamon and cassia are produced from the bark of a tree and the harvesting process is the same. As strips of bark are cut off small branches, they naturally curl, forming the familiar ‘quills’ or sticks. The bark is also ground into a powder.

Cinnamonum cassia, also known as Chinese cinnamon, has a stronger, spicier flavour. This variety is easier to grow and cheaper to produce. Cassia is the type typically found on supermarket shelves around the world. The quills of cassia are chunky and are often one curled piece of thick bark. Cinnamon contains a natural chemical called coumarin, which apart from being a natural blood-thinner, has been found to cause liver damage if consumed in excess or over a long time.

However, for true foodies, and those who value the health benefits of cinnamon, the choice is always Cinnamonum verum. The smell and flavour is complex and delicate. The bark of the verum plant is fine and quite fragile. To produce a quill, many layers of bark are overlaid. The process is slow and laborious, and the result is more expensive, but superior in flavour and health benefits. Cinnamonum verum has only trace amounts of coumarin which makes it the preferred variety for health-conscious people. If you are using cinnamon regularly in your cooking for flavour and health, then verum is absolutely the best choice.

THE HEALTH BENEFITS OF CINNAMONUM VERUM

The health-promoting properties found in cinnamon make it one of the most valuable spices in traditional medicines. As an antibacterial and antifungal, verum is used to treat infections and viruses. And, its powerful antioxidant and anti-inflammatory properties support vital organ function. Extracts of cinnamon have been used as a traditional medicine throughout the world.